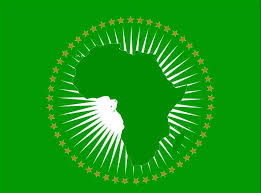 Health care in Africa could be improved through the new telecommunication technologies. In Africa you must distinguish two specific areas: rural living and urban staying. The force of cities is enormous such as Nairobi in Kenya

Nevertheless, cities generate suburbs where people live in any way. The centers of the cities are very close to cities of the western world. In these cases, lifestyles are very similar.

So, we can distinguish three ways of life: the suburbs, the rural world and the well-established neighborhoods of the cities.

Africa is the second most populated region of the world, behind only South Asia. It is home to roughly 16% of earth’s population and is one of the fastest growing regions.1 Only 41% of this population lives in urban areas, the lowest percent of any region.2 Though there is some variation between nations. Burundi is 87.64% rural, whereas Gabon only has 12.63% of its population living in rural areas.3

Africa also only has 3% of the world’s health care workforce to combat 24% of the global disease burden.4 This burden includes 90% of malaria related deaths and over 70% of people living with HIV/AIDS.5 The number of people with non-communicable diseases such as diabetes, depression, cardiovascular problems, and cancer has also increased mainly due to violent conflicts, salt sensitivity, a transition to a more sedentary lifestyle, and pollution.6

Although human immunodeficiency virus/acquired immune deficiency syndrome (HIV/AIDS) is the leading overall cause of death in this region, cardiovascular diseases (CVD) is the second-leading killer and is the first among those over the age of 30.7 While many believe NCDs occur due to one’s behavior or lifestyle, this is a misconception. It is possible for people to be genetically predisposed and this may be the case in sub-Saharan Africa.8

Due to the prevalence of life-threatening diseases, communicable and non-communicable, and lack of healthcare workers, the need for improved public health systems in Africa has never been greater. Yet, many African countries fall into the categories of low or middle income and do not prioritize health care, leaving the sector underfunded while disease runs rampant.

According to Walter Rodney, “capitalism introduced into Africa only such limited aspects of its material culture as were essential to more efficient exploitation, but the general tendency has been for capitalism to under develop Africa in technology”.9 It did not serve European interests at the time to provide Africa with the technology they were using because it would limit their trading opportunities.

Therefore, many African countries have to rely on the help of non-government organizations (NGOs) and foreign trade for access to modern medical equipment.

Some countries have been successful implementing health care systems and are modernizing their equipment and methods in an attempt to catch up to the rest of the world. For example, mobile phones are being used in Kenya “to diagnose and monitor symptoms and advise on treatments” through a mobile phone app.10

In 2014, The Republic of Cabo Verde was able to take a significant step forward by implementing a telemedicine and e-health network that connected all of its inhabited islands to a conferencing network and health libraries. This system allowed patients records to be stored online and for doctors to receive consultations much quicker.11 Consultations are very important because they allow a doctor to access the most up to date information available in the archipelago.