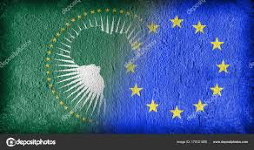 Management of immigrated persons is essential for the good development of a host society. The work is done considering African individuals inside the Spanish and in African countries. Search is done between Barcelona (Spain) and African countries. Commercial relations are the more the strongest. The economic triangle between native owners, African immigrated persons, and African people residing in Africa is very outstanding

Africa in Spain is a bad understood continent. Some Spaniards do not know that Canary islands, Ceuta and Melilla are geographically in Africa. Spain has not had in Africa a lot of relationships. Morocco (1956), Equatorial Guinea (1968) and Western Sahara (1975) are the only territories that Spaniards colonized in Africa. Between brackets are the independence years

SDRCA, Assoc. (Barcelona, 2006) is a non-lucrative association that considers all type of interactions between African persons from Spain itself (immigrated) and from Africans living on the own country

African immigration is considered by a lot of people as an inconvenience, but SDRCA, Assoc. is defining projects in order to absorb this immigration and other. The immigration is observed by some people as the way to repare the live pyramid of Spain, but it is ruling like this. SDRCA, Assoc. has nowadays a good comprehension of African movements in Spain and from Africa to Spain

SDRCA, Assoc. has introduced new ideas in the field of International Cooperation, focusing in African countries. The improvements have been worked with individuals of ths association. The first project was been to prepare a webs platform (actual value):

The audience is international, overall from United States of America, The 2020 visits were about 250.000

A succeesfull project by SDRCA, Assoc. was about increasing the trade in Africa through native entrepreneurs and immigrated Africans in Barcelona. These African persons perform a bridge between Spain and African countries as it was seen in the first edition.

All participants were satisfied by this CLUB41 (SDRCA, 2009). The first round of some 50 native entrepeneurs and some 50 immigrated entrepeneurs in Barcelona yielded 21 African countries from the 5 regions of Africa. Theoretical links should be 2.500

Commerce Chamber of Barcelona was included inside. SDRCA, Assoc. have some contacts with the African Association of Universities (Accra, 2020).The Job Office wants now to deal with this CLUB41

A whole spreading of African Cultural Realities yields a better knowledge between Spaniards and Africans. A joint-venture of both individuals provides a higher economic power in African countries and in Spain. Economical linking gives a stronger relationships in the host country